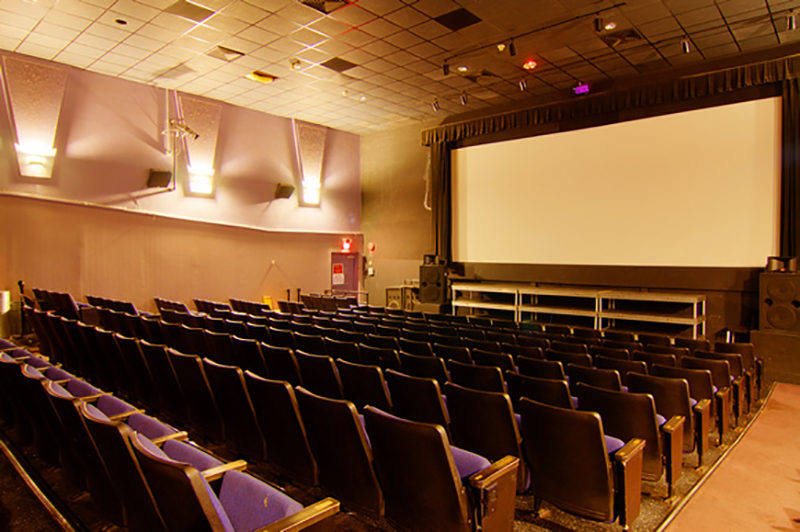 When the Cinema Arts Centre was founded in 1973, it was called the New Community Cinema. Co-Founders Vic Skolnick and Charlotte Sky, with their son Dylan, were passionate organizers who brought people together to form a movement around film culture that would help shape and define the very character of our area, now renowned as a cultural destination and an arts-rich community. Long-time residents love to reminisce about how they were there, back when Vic and Char would hang a sheet on the wall of a friend’s dance studio and project films with a borrowed projector. Attendees would bring their own chairs, and have tea and chat about the film while the reels were being changed. They call it the “sheet-on-the-wall” days. Membership began as a request for a contribution from each film-goer to help pay for the following week’s film. From this beginning, we have grown to become a state-of-the-art cinema, with digital and 35mm projection capability, three main auditoriums, and a big screen in our multi-purpose space, the Sky Room Café. We have over 10,000 members and attract about 150,000 visitors to our area each year.

We have a long history of using the power of film to do social good. Programs unite, inspire, educate, mobilize, and create empathy in a world where empathy is greatly needed. Like the power of film itself, which is greater than the sum of its parts, the power of the CAC is boundary-breaking. Programs lift the voices of under-represented groups, of vital community organizations, and other not-for-profit organizations, impacting a variety of causes and issues, and allowing us to share resources, create mutual benefits and work toward a better Long Island.