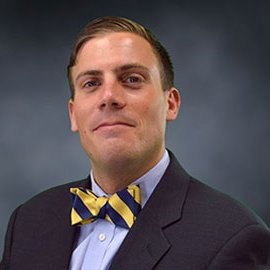 Macco Law Group, LLP
Cooper J Macco is a lifelong Town of Huntington resident. Mr. Macco graduated from Cold Spring Harbor High School in 2004. In 2008, Mr. Macco received a B.A. in Mathematics from the C.W. Post Campus of Long Island University. In 2012, Mr. Macco graduated from St. John’s University School of Law and was admitted to the New York State Bar in February 2013. Mr. Macco is also admitted to practice in the Eastern and Southern District of New York.

While in law school, Mr. Macco focused his studies on debt collection, insolvency, restructuring and bankruptcy. Mr. Macco was the Vice President of the Bankruptcy Law Society and an Articles Editor on the Journal of Civil Rights and Economic Development. Mr. Macco received the CALI Excellence for the Future Awards in Real Property, Creditor’s Rights, Professional Responsibility, as well as a Dean’s Award for Excellence in Personal Federal Income Taxation. Mr. Macco made the Dean’s List for five semesters and graduated cum laude. Prior to becoming an attorney, Mr. Macco interned for a Justice of the Supreme Court of the State of New York and the United States’ Attorney’s Office for the Southern District of New York.

Upon graduation, Mr. Macco worked for an Eastern and Southern District Chapter 7 Panel Trustee. During that time, Mr. Macco handled the recovery of assets for the benefit of Debtor’s estate, both in adversary proceedings and through informal negotiations. Mr. Macco has been involved in multiple bankruptcy mediation sessions, recovering a benefit for the estate without incurring legal fees associated with trial. Mr. Macco has also handled corporate restructuring and sales under Chapter 11 of the Bankruptcy Code.

In 2014, Mr. Macco joined his father’s bankruptcy practice, Macco Law Group, LLP. Since that time, Mr. Macco has focused on representing consumers in chapter 7 and 13 bankruptcies, as well as borrowers in foreclosure defense. In addition to consumer representation, Mr. Macco has also handled the representation of business as chapter 11 debtors, unsecured and secured creditor representation, and has continue to represent chapter 7 trustees in the Eastern District of New York. Mr. Macco is also a Part 36 Eligible Receiver for the Counties of Suffolk and Nassau.

Outside of his legal work, Mr. Macco has served as the Co-Chair of the Young Professionals Committee of the Huntington Chamber of Commerce since 2016, where has helped organize monthly events and fundraisers. Additionally, Mr. Macco is currently serving as the President of the Huntington Lawyer’s Club. Mr. Macco previously served as an officer of the Academy of Law and was co-chair of the Bankruptcy & Insolvency Committee for the Suffolk County Bar Association. Mr. Macco also a member of Jephtha Lodge No. 494 in Huntington.